Inside with Brett Hawke: Geoff Huegill

How’d you get that nickname, Skip?

How did Geoff get from Macai to Brisbane living and swimming with Coach Ken Wood?

Why is Queensland such a breeding ground for swimming talent?

Enjoying “the racing part” of swimming. And, being around your mates.

Being a kid looking towards the 2000 Olympics (because they were in Sydney).

Don Talbot’s pep talks. His, “you can beat the Americans” mentality.

Losing a parent at a young age molded his outlook on life.

How Lisa Curry-Kenny and Kieren Perkins changed everything.

Michael Klim said you were his biggest rival. How’d you stay friends yet fierce competitors?

Lars Frolander from Sweden was a great competitor.

“By Day 6, it had become Groundhog Day.” Geoff walks you through his 2000 Olympic experience focusing on the 100 Fly.

Why is Olympic pressure so much bigger than any normal pressure? It’s the tip of the mountain, a century of history…home Olympics once in a life time opportunity.

51.6 in 2010 ranked #2 in the world. The journey to get to this point, 10 years after Sydney, was totally different. Especially, on the mental side.

Would you have done anything different?

The quad leading up to Athens in 2004, there’s a lot of things. Don Talbot getting removed as Swimming Australia’s Head Coach.

Don Talbot’s culture. Don Talbot the Typewriter. Brett shares the story of Don leaving him off the Olympic team.

Once you get to the highest level of swimming, you should take the opportunity to go learn from like minded athletes and coaches.

Making a comeback in 2008 with Grant Stoelwinder as his coach.

What are some of the things that you learned from your coaches?

Struggling with his weight and being an emotional eater and drinker.

The corona virus. Being stuck in Singapore and not being able to see his kids in Australia.

What are some things you can tell today’s future top level swimmers? EVERYONE HAS A PHONE!!

They go in depth about the Sydney 2000 experience. The long wait before they swam. The bus rides.

And much, much more. 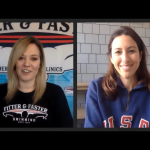 The Animal Lane: Get in the Mind of a Distance SwimmerAll Webcasts, FFT Exclusive 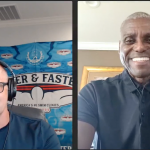