About the Clinician: Matt Biondi is one of the most successful and decorated men in Olympic history.  His combination of hard work and talent have only been matched by a select few and is what has made Biondi one of the greatest Olympic swimmers of all time.

Throughout Biondi’s career and since, people often ask, “What drove you to succeed and push yourself so far?  Where did the motivation come from?”  Biondi now shares his “Five Pillars of Success” that carried him through his career and in life after swimming.  Biondi’s “Five Pillars of Success” have been the source of movitvational talks given by Biondi to international corporations, businesses and swim teams all over the world.

Biondi’s optimism and drive for success are as equally well-known as his Olympic feats.  After retiring from swimming, Biondi has continued to inspire others as a teacher and swim coach and instill the same drive for success that allowed him to remain one of the most dominant competitors in the sport. At the 2014 USMS Marriott National Championships, Biondi re-entered competition and swam in his first meet since retiring from swimming.  He swam the 50 and 100 freestyles, posting times of 21.43 and 46.83 respectively.

In true Biondi fashion, his comment afterwards was simply, “I can go faster.” 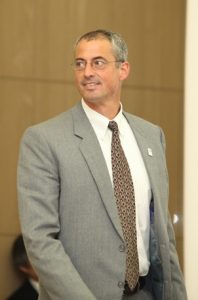 1. Work Ethic– it is much more than just showing up. This type of commitment entails an attitude that one listens intently to instructions, understands the goal or intent behind each action and strives to complete the task to the best of their ability. As daily capabilities vary depending on health, stress levels and other physical limitations, the attitude to give your best each and every moment prevails. We define ourselves not on our good days, but rather how productive we can be on our off days.

2. Emotional Connection– often referred to as “loving what you do.” One must hold his or her task or discipline in high regard, see it as a worthy pursuit, a strong individual fit and admire those who have succeeded before us. We participate for the intrinsic nature of the activity, losing our conscious thoughts in the challenges presented by engagement. Time seems to stand still, and hours seem like moments. We get nervous with butterflies in our stomach when asked to perform because we care about the result. It is important to us that we not just do our best, but also succeed. Quite often, our free, private moments are willfully spent day-dreaming about the moment goals are achieved. These private thoughts and images lift our spirits and give us a deep sense of internal happiness.

3. Optimal Performance– is at the center between a position of extreme challenge and low skill (anxiety), and one where you are involved in a menial task to which you are over qualified (boredom). Performing at a high level is all about preparation down to the minute detail, releasing fear over the outcome and getting out of the way so your body can rise to the level of your ability and training. It is the state of being challenged to the point of stimulation, all feedback is congruent with our goals, and strength and resolve surge from an unlimited source.

4. Integrity– Win, lose or draw, we show good sportsmanship and respect our adversaries. We are prideful for having taken part on such a big stage; fans admire your character, teammates trust your advice and seek out your company. My mom repeatedly refers to this behavior as being a “class act.”

5. Personal Relationships– are ultimately about being able to give and receive love from others. When we surround ourselves with other “class acts” who are striving for an identical goal, we develop a network of trust and support that creates a whole unit greater than the sum of its individual parts. The team or unit allows the individual to put aside selfish interests and invest in the group goals. One feels a great sense of loyalty to other members and will actually perform better holding others’ interests in mind. My best coaches were the ones who got me to do things I wasn’t sure I could do. I trusted my coach and, in turn, he believed I could be something more.

Matt Biondi is available for custom swimming clinics and speaking appearances at your next event. 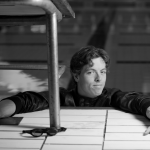 Getting to Know Connor JaegerClinician Articles 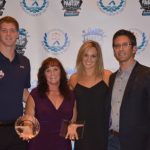 2014 Age Group Coach of the YearParticipants and Teams