We asked elite athletes what their favorite taper activity was during practice. “Playing ‘Bean’ (a variation on the game of tag) was a favorite during warm-up and taper at USC and on the National Team. It drove the coaches crazy!” “Getting my nails done. As far as I’m concerned, pretty nails = fast swimming.” “Taper was the only time I ever played video games.  I once got carried away with God of War on a World Championships trip. After days of frenetic button-mashing, I ended up wasting a lot of energy and seriously fatigued my forearms. I did not swim well at that meet.” “Bubble rings! I also love the fact that practices are shorter!“ “I’m not a huge fan of taper —I know, shocking! But when I do taper, I usually try to allow my body to recover by sleeping a lot. This usually results in a lot of binge-watching of some of my favorite TV shows (Modern Family and The Big Bang Theory).” “Getting a pedicure. It’s relaxing and you have great-looking toes on the blocks!“ “I would do a progression at the end of practice off the blocks. I’d start with a 25 on Monday and each day, I’d add a 25 and try to hit my split from the day before.

I liked it for trying to work on my speed, which I didn’t have an abundance of as a distance swimmer.”

Get your taper on. 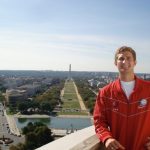 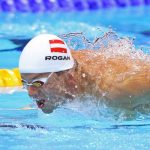