Wheaties Champion Invited to a Clinic! 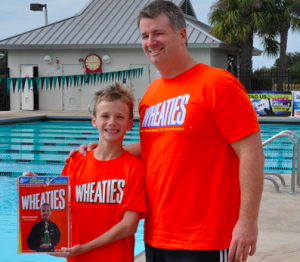 If you have not yet heard of young Florida swimmer Josh Zuchowski, 9, then you are in for a fantastically uplifting story. Josh and his friend Reese Brandell have been great friends and great competitors from a young age. When Josh attended the Santa Clause Invite in December, he noticed that Reese was absent from the competition. Josh learned that Reese had to miss the competition because he had been in the hospital for the past month. Josh decided he would swim in honor of his friend Reese and do something very special for him to hopefully aid his recovery. Not only did Josh win five gold medals, but also donated his high point trophy to Reese and sent him an incredibly positive note in the hospital.

The note read, “I am so sorry that you have not been feeling well. Get well soon. So we can get back to battling in the pool. I have looked up to you since I was seven. You were an inspiration for me wanting to swim fast. I would rather get second with you at the meet then win with you absent. I won this trophy for you today. I hope to see (you) back in the pool. Your friend, Josh.” (Watch Josh Zuchowski’s story) 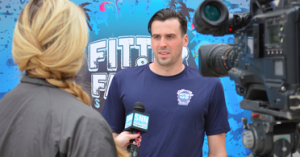 The story made national news and Josh was nominated as the Wheaties “Champion of the Week”and received his very own customized Wheaties cereal box.  Upon hearing the story on Today News, the Fitter and Faster Swim Tour reached out to Josh and Reese’s families, inviting them to attend the Jan. 25-26 swim clinic in Bradenton, FL. Josh and his father Jonathan both attended the clinic and were greatly inspired by speaking with and learning from Fitter and Faster Clinicians Davis Tarwater and Claire Donahue. Reese was unable to attend the clinic that weekend, but Fitter and Faster sent him a custom gift bag and some great prizes.  Wheaties partnered with Fitter and Faster as an event sponsor and provided over 100 swimmers with Wheaties cereal boxes! 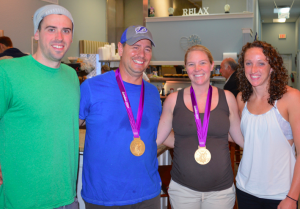 The Swim Tour stop in Bradenton, FL was also covered by ABC 7 News and Sarasota News Network 6 (Watch ABC 7’s full coverage here). Both local news stations were very impressed by the level of involvement of the Fitter and Faster Olympians with the clinic participants. Davis Tarwater and Claire Donahue did an exceptional job sharing their stories of inspiration, hard work and knowledge of technique with our swimmers. Clinic hosts Matt and Adrienne Cardwell treated our clinicians to some fantastic meals at Matt’s restaurant, Sea Star Café!

The sport of swimming has so many positive benefits, both inside and outside of the pool and Fitter and Faster is very honored that we could help highlight such an inspirational story.  We look forward to meeting and inspiring more swimmers and families in the future! 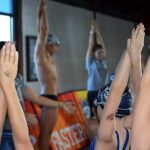 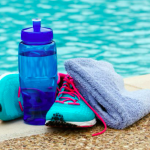 6 Steps to Being Well HydratedDry-land Fitness and Nutrition