One key way to make sure Fitter Swim Camps continue to improve all the time is to seek constructive feedback after each clinic.  So, since our inception in 2009, we have sent out a survey after every swim camp to participants, parents and coaches. Recently, our responses have been more positive than ever. Swimmers, parents, and coaches are taking the time to explicitly describe their experience… and we are getting more reports of significant time drops after attending Fitter and Faster swim camps.

So what has led to the improved results?

For starters, we have increased the spectrum of clinicians who lead clinics: Just because an elite swimmer is fast does not make them a good clinician or teacher.

Fitter and Faster is extremely selective about who we work with.  Our clinicians range from elite athletes who attended college on scholarship; those who have won national championships; and those who competed and/or coached at the Olympics. Each clinician is carefully selected and we are dedicated to their professional enrichment as teachers of elite competitive swimming.

Our growing team of 100 elite coaches is managed and mentored by five-time Olympian BRETT HAWKE (2 times as a swimmer and 3 times as a coach). He has been on-deck at every Olympic Games since the year 2000. He is the current coach of World Championship Silver Medalist Bruno Fratus. He also was the head coach of Auburn University for 10 years.

As Development Director of Clinics and Camps, Hawke works with hosts and other FFT managers to create each camp’s curriculum.  He strategically assigns and prepares appropriate elite clinicians to lead each swim camp. 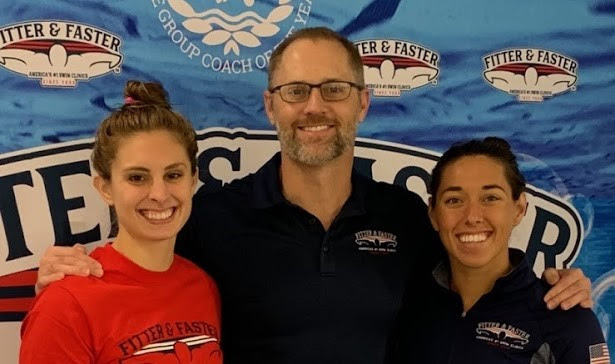 Other notable advancements to Fitter and Faster swim camps:

“My daughter has attended almost 10 clinics in the span of 7 years. She has always learned something from every camp and has enjoyed meeting and learning from every clinician. This camp however sparked a fire in her that was palpable! She came home and talked for hours about what she learned about how awesome the clinicians were. She stated it was her favorite clinic out of all the clinics she’s attended.” -Hillary in Joliet, IL

“I really appreciate the way the clinicians spoke to the [swimmers]. They both took the time to tell their stories and shed a lot of light on what it takes to train to be a competitive athlete. My daughter had fun and has already asked to attend another clinic. Her streamlining looked SO much better in practice following the clinic as well.” -Kristin in Woburn, MA

“John and Clark did a very good job. They were engaging throughout the entire clinic and offered very good advice. I liked how they got in the water and demonstrated the drills before we do them. I highly recommend them!…Even as a masters swimmer, I didn’t feel out of place and I learned lots of new things.” -William in Houston, TX

“Both Coaches were awesome. I have never seen my child so intent on listening and doing what was being taught. I loved the background stories.”-Melanie in Indianapolis, IN

“Nick and Joey were amazing in communicating with all the swimmers. They broke down each aspect of the stroke and advised each swimmer (we had a small group which allowed for more personalized attention) on how/what to do to improve. We loved that each swimmer at the end of the two days was given specific advice.”-Angela in Indianapolis, IN 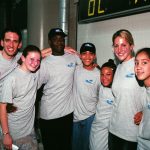 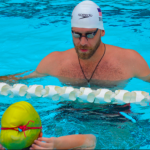 Fueling a Fitter and Faster SwimmerDry-land Fitness and Nutrition