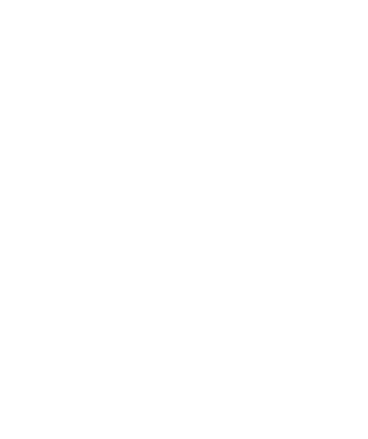 Request Tyler for a clinic

Though he may have been world-renowned for his crowd-pleasing belly flops in flowered swim caps, Tyler Clary was no jokester when it came to getting his hand on the wall first in international competitions. 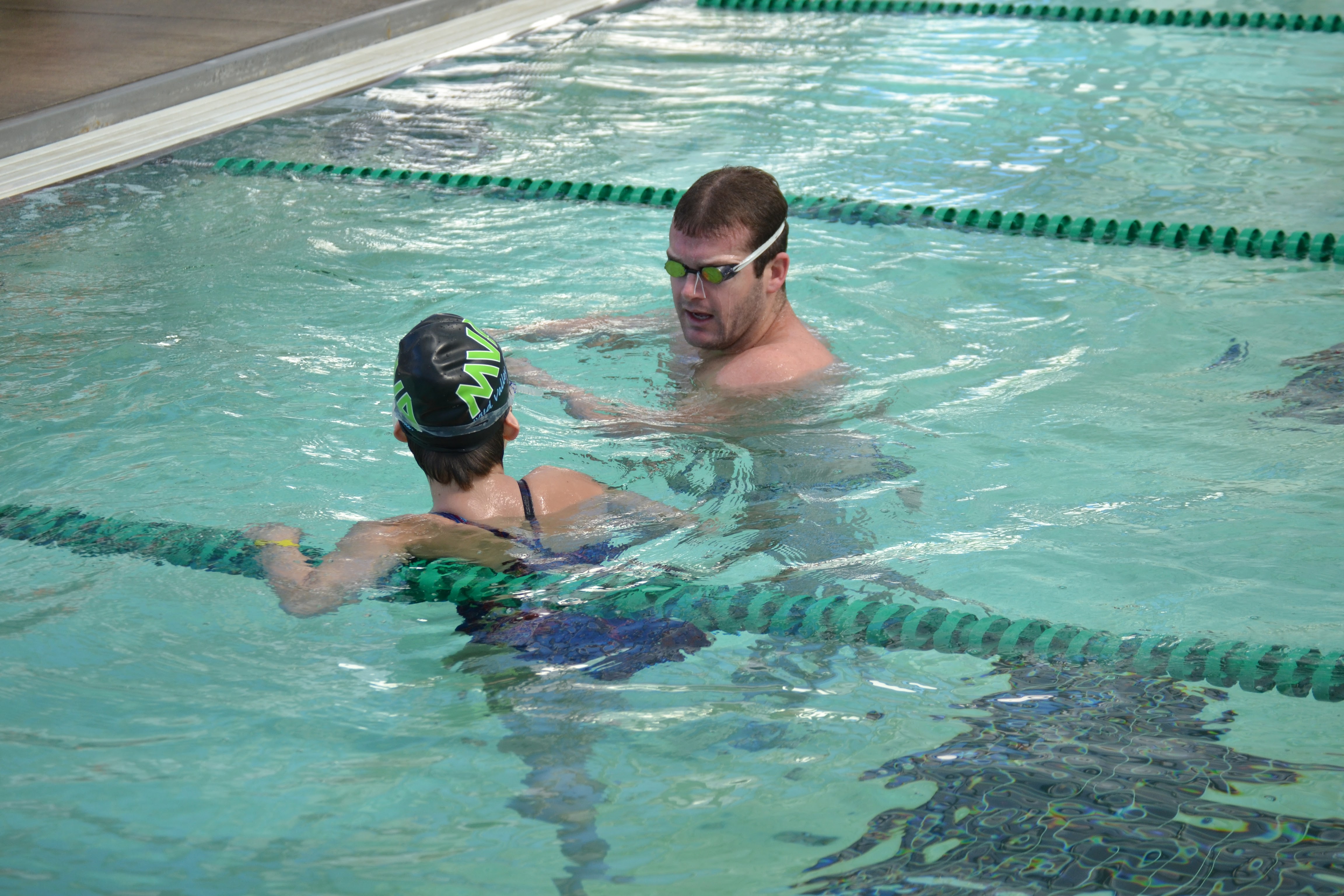 This 2012 Olympic Champion in the 200m backstroke is now “happily a part of the retired ‘swam’ team,” focusing his dynamic energy toward developing younger swimmers.

“It’s fun to be able to try and steepen the learning curve to make them better than I was at the same age. It’s rewarding to see the proverbial light bulb go off in an athlete’s head and have them push off the wall and do exactly what I asked them to do.”

As a backstroke and IM specialist, Tyler has dedicated thousands of hours to perfecting every aspect of each stroke and turn. Who better to learn from than a swimmer who not only has seen every level of competition but also has trained alongside the greatest swimmer of all time – Michael Phelps? (Blog post about Clary’s IM advice: The Decathlon of Swimming)

But talent alone doesn’t create a great Fitter and Faster clinician. What sets Tyler apart is his uncanny ability to get swimmers to connect verbal instructions with executing the proper movement:

“I combine verbal explanations – backed with scientific reasoning – with visual demonstrations and hands-on feedback. It’s not enough to just explain body position; the swimmers have to understand by experimenting with their body movements.”

He’s not afraid to give hands-on feedback, such as blocking a swimmer’s legs with his arm to find the proper kicking depth and head positioning. Tyler’s cueing phrases give just enough technical information without overloading the athlete’s brain. The simplest of phrases may be the key to unlocking incredible swim success, and Tyler has figured out the nuances to perfect little details that ultimately set a swimmer apart.

“Not many coaches are able to get on the same level as their swimmers regarding how proper technique should feel. For example, I am able to tell someone what their leading big toe should feel like when powering off of a starting block. I can describe technique and give feedback from an elite background.”

The majority of Tyler’s clinics focus on these little changes that pay off when practiced daily.

“I spend a lot of time picking apart a swimmer’s streamline. Most people don’t realize that the fastest swimmers in the world are fast because they’ve learned how to slow down the least. It doesn’t take much extra physical effort; you don’t have to spend hours with your heart rate at 180 beats per minute to get faster. You must do the little things right.”

“One thing I talk about in the grand majority of my clinics is muscle memory and realizing that your brain needs time to lay down a new neuronal pathway. It feels weird, but if you commit to doing things perfectly, you won’t have to think about it anymore in your race.”

But technique-work must also be backed by hard work.

“A lot of people complain about how practice is so hard, or how badly it hurts. You have to realize that everyone is going through the same thing, and you must deal with it better than everyone else.”

Become a smarter, faster and tougher swimmer by signing up for one of Tyler’s clinics now! He might just throw in a belly flop lesson for free… 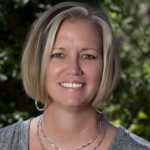 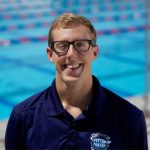