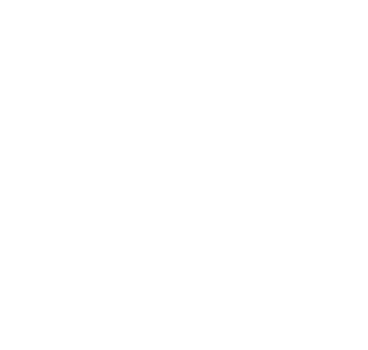 Request Sarah for a clinic

NCAA and World University Games champion Sarah Henry’s path to elite swimming started in Lake Ontario, Canada where she first took lessons as a kid. But her path wasn’t always so smooth. 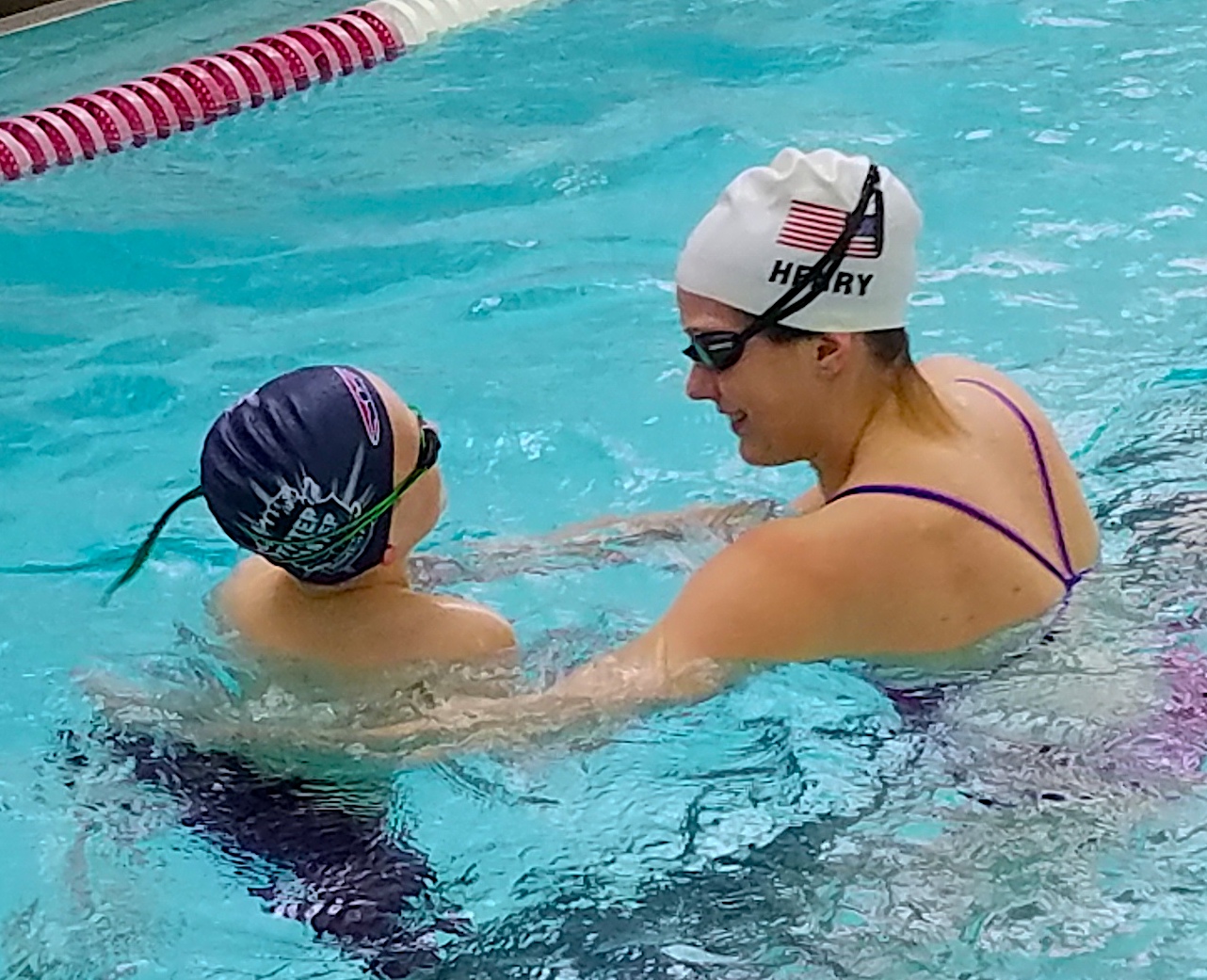 “As a kid, I almost quit the sport after I failed Level 8 of my swimming lessons twice,” admits the 400 IM specialist, “because I was unable to do breaststroke kick.”

Things soon began to click once she started swimming year-round at age 8 in North Carolina. “I loved the sport because I saw a direct correlation between putting in hard work and seeing results. Also, at that age, you can go best times in practice, which is just so exciting.”

Her coaches never pushed her too fast too soon. “They really had my long-term career in mind,” she says, noting that they banned paddle use among the team’s youngest swimmers in order to save their shoulders in the long run. She didn’t start double practices until high school and stayed out of the weight room until college, both of which contributed to her remaining injury-free as her body matured. And as Sarah’s love for swimming grew, she began making various time cuts.

Sarah gravitated towards the individual medley races purely for the sake of variety. “I always enjoyed swimming IM’s because I got to train all the strokes,” she says. “You can just train one stroke one day, combine them or work transitions. There is just so much to be done. It can be challenging at times but it keeps every workout interesting.”

However, the 1650 free was another story. “If you told me I’d be racing the mile in college, I would have laughed,” Sarah says, “That was me stepping up as a teammate to get points. That said, the 400 IM is already very aerobic, so swimming distance free is not that far off. It also comes down to the fact that a lot of people fear those races so it’s kind of a badge of honor to be the one who can conquer that kind of training and racing.”

Injury finally caught up to Sarah during the first half of her career at Texas A&M, when she tore her ACL twice. That experience taught her patience, a lesson she hopes to impart to young swimmers. “When it comes to recovering from injuries, don’t push it!” she cautions. “My second ACL tear was much worse than the first.”

Take the recommended amount of time off, do your rehab and listen to your body. If your knee is swelling to the size of a melon, it’s because it’s not happy! Sometimes, it’s better to progress slowly than it is to take one step forward and three back. Take care of the problem and don’t just muscle through it.” 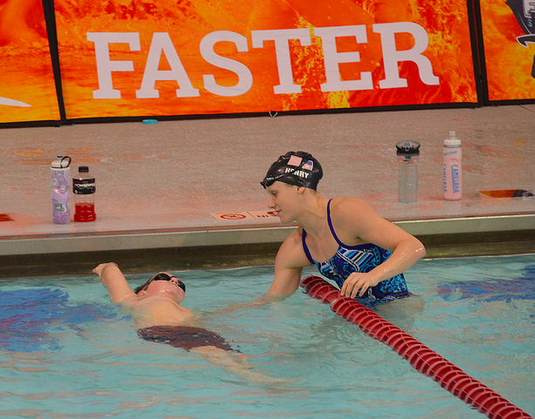 The two ACL tears left Sarah wondering if she’d ever be able to kick breaststroke again. But during her rehab, she also began focusing on improving her racing mindset. Once she was back in the water, she no longer made herself sick worrying about competing and positive results followed. As a sophomore, she made the finals of the 400 IM at the 2012 Olympic Trials and qualified for three events at World University Games. The following season, she claimed two SEC titles in the distance frees. At NCAAs, she came in fourth in the 1650 and in the 400 IM.

It all started coming together for Sarah during her senior year of college. The mental changes had fully kicked in and the timing even worked out. “The only three women who placed ahead of me in the 400 IM all graduated in 2014,” she says. “I knew I had a shot.” She took full advantage of that chance, using her strong back half to hold off Georgia’s Haili Flickinger for her first NCAA title, hitting the wall in 4:02.98. “That was just the cherry on top,” she told Swimming World after the race. But her dream season wasn’t over yet. She took first place in the 400 IM at the World University Games in Gwangju, South Korea. “I won gold for the USA on the fourth of July,” she laughs. “Does it get any better?”

With her swimming career behind her, Sarah focuses on furthering her education in physics. “Swimming and physics go hand in hand not just from a scientific standpoint when it comes to principles like buoyancy but they’re both just very challenging areas. Swimming has helped me with time management for physics and to not be afraid of things that appear daunting.”

As a Fitter & Faster clinician, Sarah plans to hammer on two underserved topics: strategy and racing. “As a physics major, I enjoy approaching races with a sort of plan and figuring out what worked for me helped me tremendously this past year.”

That’s not to say she skimps on technique. “I am a huge fan of technique. I like to ask myself what I am working on almost every stroke of practice. Swimmers can learn a lot from smart training and a smart approach to their races.” 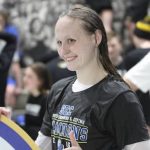 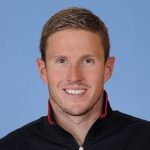