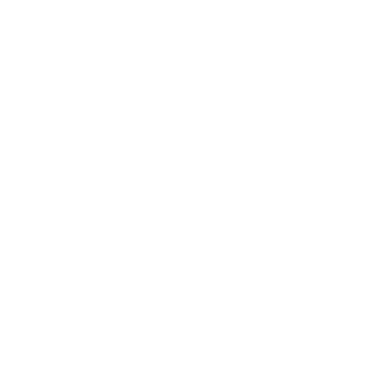 Request Melanie for a clinic

Few athletes understand the swimming family dynamic as well as Melanie Margalis. The youngest of three swimming siblings from Clearwater, Fla., she followed her older brother Robert into the individual medleys and then to the University of Georgia. Along the way, she’s figured out how to avoid the pressue of having a star sibling and how to use the family institutional knowledge to her advantage.

“For the longest time, I was always just Robert’s little sister,” she says. “It’s hard when your sibling is incredible at the same sport — and events — as you. You have to keep working towards your own goals.”

Luckily, there were just enough differences to relieve a little of the pressure to measure up to her big brother. For instance, Robert specialized in the 400 IM and Melanie favored the 200. Plus, “the fact that he was a boy meant we couldn’t really compare times.”

However, he could give her plenty of seasoned advice on technique and race strategy. Even with Robert now retired, she still relies on him for guidance. “This past Christmas morning, I made him watch video of my most recent races so I could get feedback before the SEC Championships.”

After winning four individual state championships in the 200 IM and 500 freestyle for Countryside High School, Melanie knew exactly where she wanted to go to school: the University of Georgia, which had groomed her brother into an NCAA champion in the 400 IM and helped put him on three international teams.

“I met Georgia coaches Jack Bauerle and Harvey Humphries when I was a little kid,” she recalls. “I got to experience how much my brother loved it there and I felt like they could make something out of me and I could trust them.”

Melanie says she initially lost a little ground freshman year because “while I worked hard, I wouldn’t race the faster swimmers in practice.” Bauerle sensed her reluctances and gave her a little talking-to, explaining that not only was intra-squad racing encouraged, it was expected. “He said, ‘that’s why we brought you here. You can do it.’” After that, she says, her competitive fires were stoked and college swimming became easier.

The 2012 Olympic Trials would mark a significant turning point in her career. She finished sixth in the prelims of the 200 IM, only to be disqualified on the back-to-breast turn.

“I wanted so badly to be able to swim at finals and feel that energy,” Melanie says, adding that the experience left her a little scarred whenever the 200 IM came up at meets. “For a long time, I would get such bad anxiety — especially if I heard people were getting DQ’d for back-to-breast turns. I’d have a moment of panic before my race.”

She credits Bauerle and Humphries for encouraging her to keep working hard. “They told me that it was okay to be scared and they pulled me aside during and after practice to work on my turns so it wouldn’t happen again. That definitely helped me get past my fear.” She also found it refreshing to spend a summer at home training with her age-group team, where the youngest swimmers’ excitement helped her rediscover her love for swimming. “Now I love it more than I ever have in my entire life,” she says.

In 2013, Margalis got a taste of international racing at the World University Games in Kazan, Russia. “It was my favorite USA Swimming trip so far,” she says, even though her confidence was still a work in progress. But the highlight of the trip was standing on the awards podium after winning a bronze in the 200 breast.

2014 would prove to be her breakout year. At the USA Summer Nationals, she won the 200 IM, the same event that had left her traumatized after Olympic Trials. After the race, she celebrated her victory with her older brother – while still waiting for reality to set in. “I went to dinner with Robert that night and I started smiling. He said, ‘What?’ I was like, ‘I just won Nationals.’”

“Swimming is so mental that it was nice when I finally got the mental part down, it all came together,” she notes. Did it ever. Her performances at Nationals put her on the squad for PanPacs and the U.S. national team in the 200 IM, 400 IM and 200 breast.

With the mental game mastered, Melanie made a statement at the 2016 Olympic Trials, earning places on the Olympic team in the 200 IM and 4×200 relay. In Rio, her prelim swim helped propel the U.S. to gold in the 4×200 and she just missed the podium in the 200 IM, finishing in fourth.

Melanie wants to help Fitter & Faster’s young swimmers develop mental confidence sooner than she did by encouraging them to really go after it in practice: “If I can do something fast in practice, it means I can do it fast in meets.” But if there’s one thing she’d like kids to remember long afterward, it’s to “have fun and do what you love doing.”

Book Melanie today to teach your swimmers how to stay mentally tough in the world of Swimming. 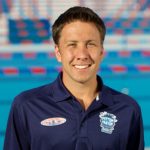 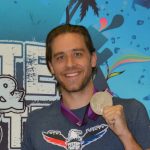