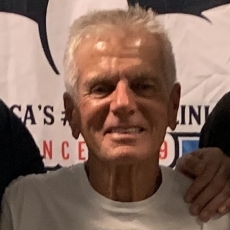 Request Jack for a Swim Clinic

“Science says there are three things that we can train: the body, the mind, and our craft. I’ve taken all three of those things very seriously throughout my career.”

One of the most recognizable names in the swim community, Jack Roach has chosen to devote over 35 years to developing the sport. Having coached age-groupers and Olympians alike, Jack’s wisdom is truly unparalleled:

“And then there’s one thing that science can’t quite capture, but I’ve been in the sport long enough to know that you can impact and train the human spirit.”

Cultivating this spirit in young swimmers is Jack’s ultimate strength. Claiming he loves to “learn the learner,” Jack hopes to build relationships with each of his participants in order to illuminate their unique paths to success.

“I’ve been a club coach as well as a coach at the university level, but I think I most enjoyed my time as the National Junior Team Director. It allowed me to be a part of and direct the development of a culture, and that’s what I do best–connect with people.”

This “connection” is something that has benefitted swimmers at the highest level–just ask the 2012 and 2016 Olympic teams.

“When it seemed like the framework of what [the Olympians] were doing started to collapse, I helped bridge it back together. I like to watch what is going on physically and then make that mental connection. It’s about training all aspects of the person.”

With Jack, swimmers quickly understand the value of becoming students of the sport. Having watched techniques evolve for more than three decades, Jack possesses some of the deepest and most valuable insight in the coaching sphere. Witnessing what has worked (and perhaps more importantly, what hasn’t worked) for swimmers at every level of the sport, Jack is able to pull from an arsenal stocked from experience. Best of all, he packages each critique with an exercise in self-reflection.

“After they get out of the water, I like to get my swimmers to ask themselves a few questions:  What did they do well? What could they do well a little bit better? Were they unable to execute that race the way they wanted? Or were they unwilling?”

Having swimmers intellectually invest in their swimming sets them in the fast-lane for improvement. Thus, undertaking the “sport of coaching” is not something that Jack takes lightly. Claiming that it “didn’t come fast and it didn’t come easily,” Jack is more than ready to impart his wisdom formed by years of research and trial-and-error.

“It’s time for me to give back. I really enjoy growing relationships, and the younger you can get to someone, the more you can impact the craft. You can impact an entire team through one swimmer…during one long weekend.”

Do you want to learn from one of the biggest names in the sport? Do you want to understand the techniques that have built some of the fastest swimmers in history? Sign up for a clinic with Jack today! 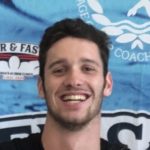 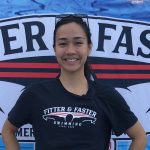