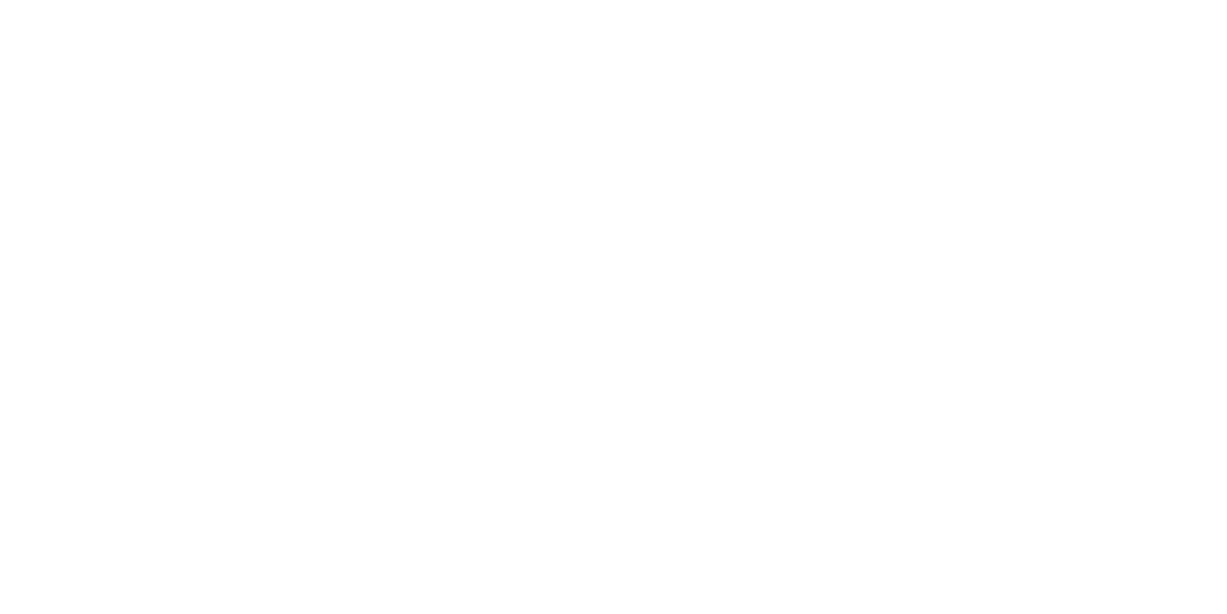 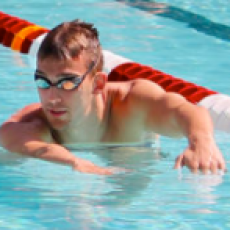 Request Clark for a clinic

Any clinician can tell a swimmer to adjust his or her stroke; however, an effective instructor can explain how the change will benefit that athlete and break down the mechanical instructions in a way that won’t overwhelm their pupil. 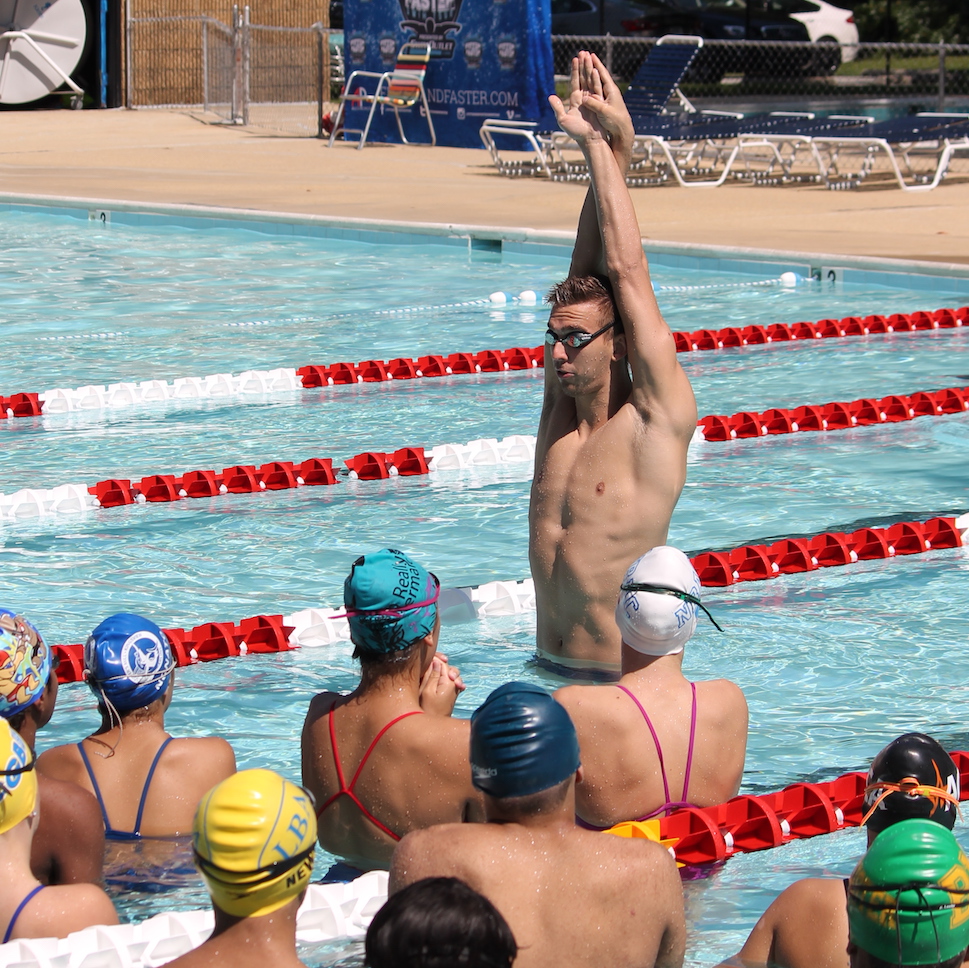 Olympian Clark Smith learned the difference between talking at swimmers versus working with swimmers as a young athlete.

“When I went to clinics as an age-group swimmer, I was always told to make multiple changes in my stroke or other changes that didn’t always make sense to me,” he recalls.

Those experiences taught Smith to become better at “putting my thoughts into words without making it too complicated for kids to understand.”

But ultimately, it’s the swimmer’s job to implement technique changes. “Only you can make the changes you want to see,” he says, pointing out a lesson he wishes he’d learned sooner: “Don’t expect your coach to remind you of your bad habits. It helps to pick on yourself.”

This 6-foot-9 elite was aware that he couldn’t just coast on his pedigree as the son of two great swimmers from the University of Texas: Attitude and hard work are not hereditary. Participants attending his clinics will quickly realize that they must implement small technical changes over time to see the improvements they’re hoping for.

Smith reached the highest levels of the sport by following a couple simple lessons he hopes to impart to young swimmers. Number one – be conscious of your technique during every practice session. Number two – when it comes time to race, don’t overthink technique. “Hopefully it becomes second nature with the focus put into practice on it every day,” he says.

He also highlights the importance of having a strong support system. Parents want what’s best for their swimmers, and Clark loves the interaction with parents during the Q&A sessions. He credits his parents for finding the right mix of support growing up:

“I’m fortunate enough to swim for parents who know so much about the sport but also don’t put any pressure on me. I don’t think I would have had a fraction of the success I’ve had without them.” 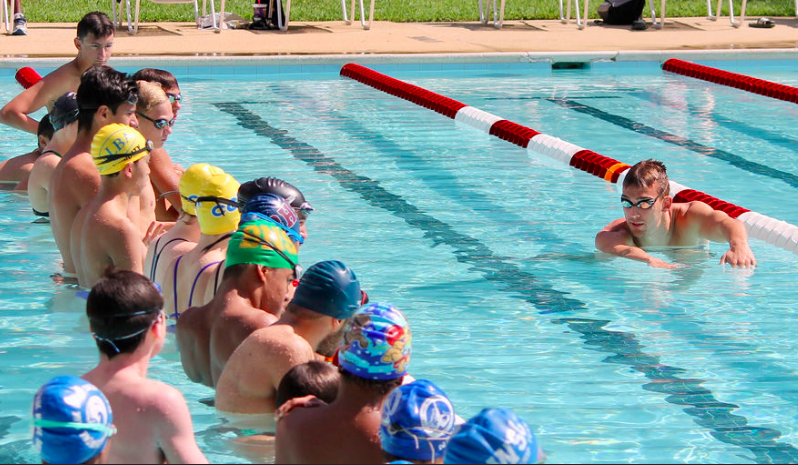 Smith also teaches participants that they must be flexible with their lineup. Many times, a team needs someone to fill a weakness in the overall lineup, and swimmers must be willing to learn new strokes and race strategies. It can be difficult at first, but you’ll become a much more well-rounded and competitive swimmer. In his experience, he went from a 100 and 200 butterflier to a mid-distance freestyler. “I definitely had a rough transition coming into college,” he admits. If he was going to make his mark at the University of Texas, he had to be willing to do it outside of his comfort zone. “I never swam distance events until my junior year of college because I was never interested in doing them. But my college team needed a distance swimmer, so I tried to fill that role.”

Smith did more than fill that role. He gave Coach Reese the team’s first-ever national championship in the 500 free as a sophomore at the 2015 Division I NCAA competition. “One good race can erase a year of disappointment,” he says. “Going into the finals of the race, I didn’t really feel any pressure to win because I had already made it so much further than I did the year before. The lack of expectations I think is part of why it happened.”

All it takes is the right attitude to recalibrate and find swimming success. Instead of walking away from the sport or mentally beating himself up, Smith was able to exercise patience and flexibility by trying a new competitive path. Performance pressure can be debilitating; however, Smith learned how to turn off the inner critic and have fun without pressure. Swimmers attending his clinics will learn how to reset their mindset.

Swimmers of all ages will learn important lessons about mindset, technique and flexibility to become better swimmers at Smith’s clinics. Sign up today for a clinic near you!

“Thank you [and Sarah Gibson] for your time. You were both very good with the younger kids. I hope to see you coaching later in life and look forward to following your swimming careers. It was a great experience for me and my wife, but especially our son. We learned a lot of things to work on outside of normal practice.”-Chad, from San Antonio, TX 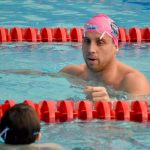 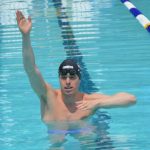