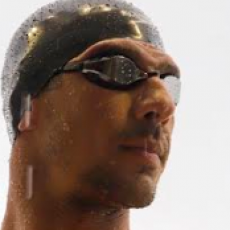 Request Azad for a Swim Clinic

“What separates world-class swimmers from average swimmers is who can hold that stroke the longest. That’s what it comes down to.” 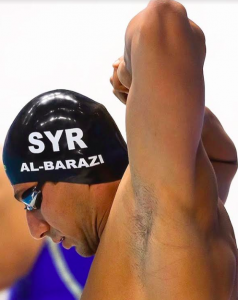 So says Azad Al-Barazi, a high school phenom turned two-time Olympian. For Azad, flawless technique is an essential component of racing, but it’s the ability to maintain that technique that takes swimmers to the next level. According to Azad, this comes through repetition and simulating that final lap feeling–something he has only recently started to implement in his training. Don’t worry; it’ never too late.

“I was always in the water, but it wasn’t until my brother and his friends joined the high school team–they wanted to get in better shape for surfing–that I learned all the strokes, put on the caps and goggles, and learned about flip turns!” Azad laughs.

Though he may have been a late bloomer, that didn’t stop Azad from having the same Olympic dream as millions of club swimmers across the country in his recruiting class. In fact, this unusual start has become a pivotal piece of Azad’s story.

After I started seriously swimming in high school, coaches began telling me I should pursue it as a way to help with college. I was like, ‘I can do that?’ I want swimmers attending the clinics to remember who I am, remember my story. It’s never too late to achieve your goals. You just have to go after it with everything in you. When I’m setting goals, I try to use all my senses. It’s not just about telling your friend or your coach. You have to feel it, taste it, hear it.

A believer in training the mind, Azad likes to set aside time in each clinic to talk about the “other 90% of swimming,” which exists outside the pool. 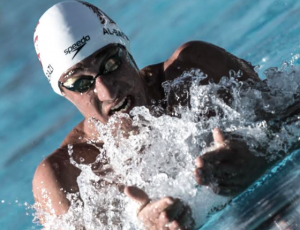 I tell swimmers that the mind is so easily fooled. I’m good friends with Nathan Adrian, and when he won that Olympic gold medal, he was initially behind. He looked and saw that he was behind, but overcame that natural instinct where we default to defeat. He put his head down, and he went for it.

This mental training manifests itself in moments like these, something Azad hopes swimmers will grasp early on. Of course, Azad believes swimmers should prime their bodies for their own superhero moments, starting with basic lifting practices for older swimmers and calisthenics for younger groups. Most of all, Azad wants participants to understand that realizing their potential is a process. In theme with his theory of “who can hold on the longest,” Azad attributes his success to grit and passion, something he hopes to instill in every athlete he comes across.

I’ve trained and competed all over the world. Because of that, I know that there is no secret. It all comes down to who has the strongest mentality behind the blocks on the day you’re racing. Use your resources to get you there, and then separate yourself.

Do you want to be the person who “holds on the longest”? Sign up for a clinic with Azad today! 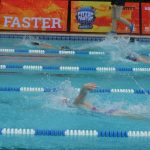 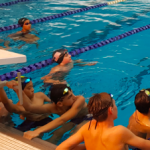